Oyu Tolgoi, the gold and copper mine under development in the South Gobi, has underlined its commitment to training its workforce to world’s best standards by investing in simulator-based operator training technology provided by Immersive Technologies. Oyu Tolgoi is amongst the first mine sites in the world to purchase the new PRO3 simulator from Immersive Technologies. The PRO3 is specifically designed for surface mining and initially will support operator training of Komatsu haul trucks at the Mongolian site. 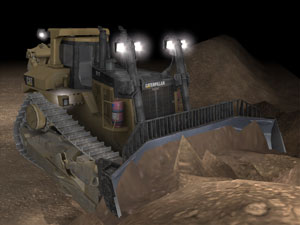 Immersive Technologies has announced a new release of their dozer operator training technology for use with their Advanced Equipment Simulators including the PRO3. This release includes extensive new training functionality and support for Caterpillar’s D11T track dozer.

Eight of the world's top ten miners utilize simulation training from Immersive Technologies as a key tool for the recruiting, training and optimization of their operator workforce. The finding comes following a review of recent figures released from business review site, Forbes.com, which listed the world's largest mining companies based on a new more comprehensive measure of combining levels of market capitalization, sales, profits, and assets. 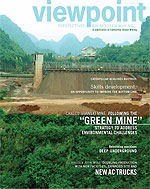 Mine owners know that training operators to work safely and productively is important to their operations. They provide initial training to new operators and invest in ongoing training to reinforce skills or address new equipment or machine features. A new trend in the mining industry has companies taking a look at skills development from a different perspective — incorporating training into their strategic objectives and measuring how operator productivity affects the bottom line. 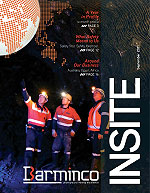 The UG360 simulator enables Barminco to simulate a range of emergency scenarios with incredible realism without any risk exposure to people or equipment. Barminco boosted our training capacity and reinforced our approach to safety in April 2011 with the purchase of a UG360 Advanced Equipment Simulator from the mining industry's leading simulator supplier, Immersive Technologies. BARMINCO expects its move to simulator operator training to “deliver a significant return on investment” with the first unit already said to be delivering benefits. The Australian underground mining contractor’s general manager of operations Richard Murrell said machinery operators who had been through the simulator program were easier to train and integrate on site and better able to respond to “real scenarios”. Immersive Technologies, the world's leading supplier of simulation solutions for heavy equipment to the mining and earthmoving industries, has underlined its commitment to growth and customer support across Canada with two new regional headquarters in Calgary and Ottawa. The regional expansion sees additional sales, support and training services personnel located in both the eastern and western Canadian locations. As the first year anniversary of Immersive Technologies' PRO3 Advanced Equipment Simulator launch comes to pass, the company proudly announces the global mining industry's strong acceptance and commitment to this next generation technology. During the past 12 months Immersive Technologies has shipped 44 PRO3 Simulators together with 74 interchangeable machine modules known as Conversion Kits® into 15 countries around the world, making up 65% of its Advanced Equipment Simulator unit sales during the period.

If simulator training looked like a good idea four years ago, it has become a real fixture in the mining industry today. No company has supplied more advanced mining operator training simulators than Australia’s Immersive Technologies, which arrives at AIMEX 2011 virtually unrecognisable from the 2007 version. The company now has more than 200 staff and annual revenues 50% higher than they were then. 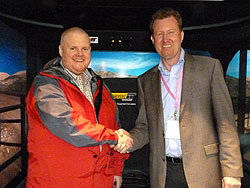 In a global first within the international recruitment market, Immersive Technologies has confirmed a sale of its PRO3 advanced equipment simulator to ResCo Services, a wholly owned subsidiary of Australian global recruitment and labour hire agency Humanis Group. The PRO3 simulator will be used as part of Humanis' ongoing strategy to expand its mining services operations and build on the strategy to become the largest labour-hire agency in Australia. The Kinross mining company made a step forward in incorporating advanced technology: it acquired the PRO3 latest generation simulator developed by Immersive Technologies especially for surface mining. This is the first equipment of this series to be sold in Latin America, setting the standard in the region. 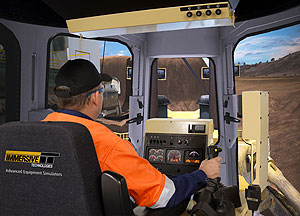 Xstrata Coal has chosen to upgrade its existing fleet of simulators based in the Hunter Valley NSW, to three PRO3 base simulators and a range of equipment modules units from Immersive Technologies. This purchase supports Xstrata Coal’s ‘SafeCoal’ approach which drives the delivery of correct safety skills training to their operator workforce. The new PRO3 simulators enable Xstrata Coal to simulate a range of emergency scenarios with incredible realism without any risk exposure to people or equipment. It is also a useful tool for pre-employment screening, targeted and refresher training. 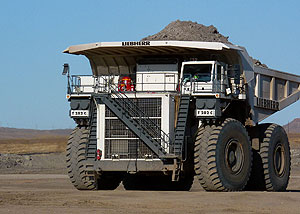 Liebherr Mining Equipment Newport News Co., has renewed its technical and licensing agreement with advanced equipment simulator manufacturer Immersive Technologies for a second five-year period. As one of the world's leading manufacturers and suppliers of mining excavators and haul trucks, Liebherr has chosen to continue providing Immersive Technologies with exclusive access to both its engineering staff and also its confidential, machine technical information which is considered essential to accurately simulate Liebherr's real machines to the highest level of fidelity for operator training. 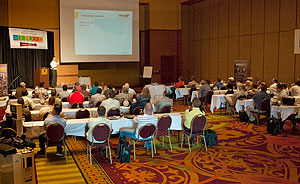 Immersive Technologies has successfully delivered two simulator User Group Forums for its customers in North America and Indonesia during May, with the theme ‘Operator Optimization’ providing the basis of discussion and learning within the groups. Held over three days in Peoria Illinois, the North American event marked the fifth forum in the region since the program’s inception in 2004. The event brought together 70 training professionals from over 20 leading North American mining companies to demonstrate the latest in simulator based training through a range of customer and Immersive presentations, interactive workshops and hands-on demonstrations. Komatsu Ltd has renewed its technical and licensing agreement with advanced equipment simulator manufacturer Immersive Technologies for a second five year period in an official signing ceremony in Tokyo last week. This agreement provides Immersive Technologies with continued exclusive access to Komatsu’s confidential machine technical information and engineering staff, which is considered essential to accurately simulate their real machines to the highest level of fidelity for operator training.

Kinross Fort Knox has received Immersive Technologies' 2010 Business Improvement Award for the outstanding results the site has achieved with its simulator-based operator training program. Chosen from Immersive Technologies' global customer base, Kinross Fort Knox has demonstrated significant advancement in its training program across areas such as measurement, interdepartmental communication, and the adoption of best practice simulation techniques, all of which has served to improve the site's ability to measure the effect of its training on overall profitability. In joint participation with Barminco Australia, Immersive Technologies has demonstrated its unique UG360 simulator at the 2011 AusIMM Underground Operators Conference. Held in March 2011 at the Canberra National Exhibition Centre, the conference brought together key companies and personalities from the Australian and global underground mining industry for a forum discussing best practices and shared experiences, providing the perfect platform for Immersive Technologies to further demonstrate the capabilities of its UG360 simulator. Canadian college invests in simulation training and the mining industry In 2010, sales of Immersive Technologies’ Advanced Equipment Simulators were near the record level experienced in 2008, 25% of these being for the new generation PRO3 launched towards the end of 2010. As mining companies recover from the impact of the Global Financial Crisis (GFC), their focus has centred on improving their operations. Immersive Technologies’ leading Advanced Equipment Simulators and supporting services are in high demand around the world as a proven means to substantially increase operator safety and mine site profitability. SIMULATION training has converted one sceptic in Barminco CEO Neil Warburton. The 30-year underground mining veteran is waiting for results of a six-month assessment program before committing to a hefty investment in the technology. But he already seems quietly confident about the outcome.