A booming mining industry has seen huge global demand for Immersive Technologies’ Advanced Equipment (AE) Simulators with 90 AE Simulator training modules purchased in the past 12 months. 330 AE Simulator modules are now operating at 130 locations in 21 countries around the world with customers including mines, equipment dealers and operator training schools. With mining operational issues ranging from skill and labour shortages to a lack of tires the AE Simulator has proven itself to be the “must have” technology to help overcome these major problems.

Immersive Technologies has further extended its reach into Asia having recently sold a further two Advanced Equipment Simulators to PT Saptaindra Sejati, cementing its presence as the global training simulator provider for the mining and earthmoving industry. PT Saptaindra Sejati is the 5th largest mining contractor in Indonesia, based in Kalimantan and is the second largest mining contractor employed in the PT Adaro project. 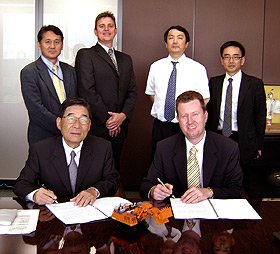 The world’s largest exporter of thermal coal Xstrata Coal South Africa, has chosen Immersive Technologies operator training simulators as a key tool in meeting the large increase in staff requirements for the ramping up of operations, including a large proportion of ‘green’ employees. The decision by Xstrata South Africa to purchase the Advanced Equipment (AE) Simulators and the five year support packages comes after a thorough investigation of industry training techniques.

IMMERSIVE Technologies has made a further significant breakthrough in Queensland with an order to supply its state-of-the-art Advanced Equipment (AE) Simulators to Australia’s largest coal producer and exporter. BHP Billiton Mitsubishi Alliance (BMA) will take delivery of three new training simulators in July and August of this year, expanding its Immersive Technologies simulator fleet to four units.

Major Australian contract mining service provider Thiess has extended its use of Advanced Equipment (AE) Simulators for operator training into four states as part of a strategy to combat skills and labour shortages, and achieve superior training outcomes. The Brisbane-based engineering and contracting giant has achieved positive results with an Immersive Technologies AE Simulator at several Queensland mine sites over the past two years. Use of the technology in Western Australia and New South Wales has also produced positive training results. 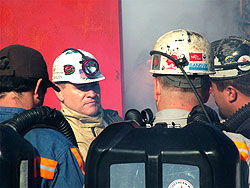 The Director of a new US mining training academy seeking to help rebuild the operator skills base in one of America’s most important coal producing regions says simulator training technology is the key to establishing higher educational and safety standards in the industry.