CRANBROOK, BRITISH COLUMBIA-- Training for jobs in the mining sector will be easier, thanks to federal funding announced today by the Honourable Lynne Yelich, Minister of State for Western Economic Diversification.

Federal funding of more than $1.7 million will allow the College of the Rockies to acquire haul-truck training simulators which will train entry-level workers in the mining sector. A total of five simulators will be purchased and used for training at several of the College''s campuses. Compared to training on an actual machine, simulation-based training allows students to engage in maneuvers or operational situations that may be dangerous to perform.

"The mining industry plays an integral part in British Columbia''s economy," said David Wilks, Member of Parliament of Kootenay-Columbia, who joined Minister Yelich for today''s announcement. "Our Government''s support for the College of the Rockies will help our region take advantage of the opportunities and jobs in the mining sector so our region can thrive."

"This significant investment by the Government of Canada will go a long way in allowing College of the Rockies to continue to play a vital role in preparing skilled workers to support our economy and communities," said Dr. Nick Rubidge, President and CEO, College of the Rockies. "We greatly thank the federal government for this major investment which will provide our students with state-of-the-art technology and skills training that is aligned with the needs of our regional mining industry and beyond."

Since 2006, the Harper Government, through WD, has invested in job-creating small- and medium-sized businesses, aerospace, marine and defence industries, and supported innovative entrepreneurs in pursuing emerging markets. By continuing to promote new economic opportunities, WD is helping to create jobs, economic growth, and long-term prosperity. 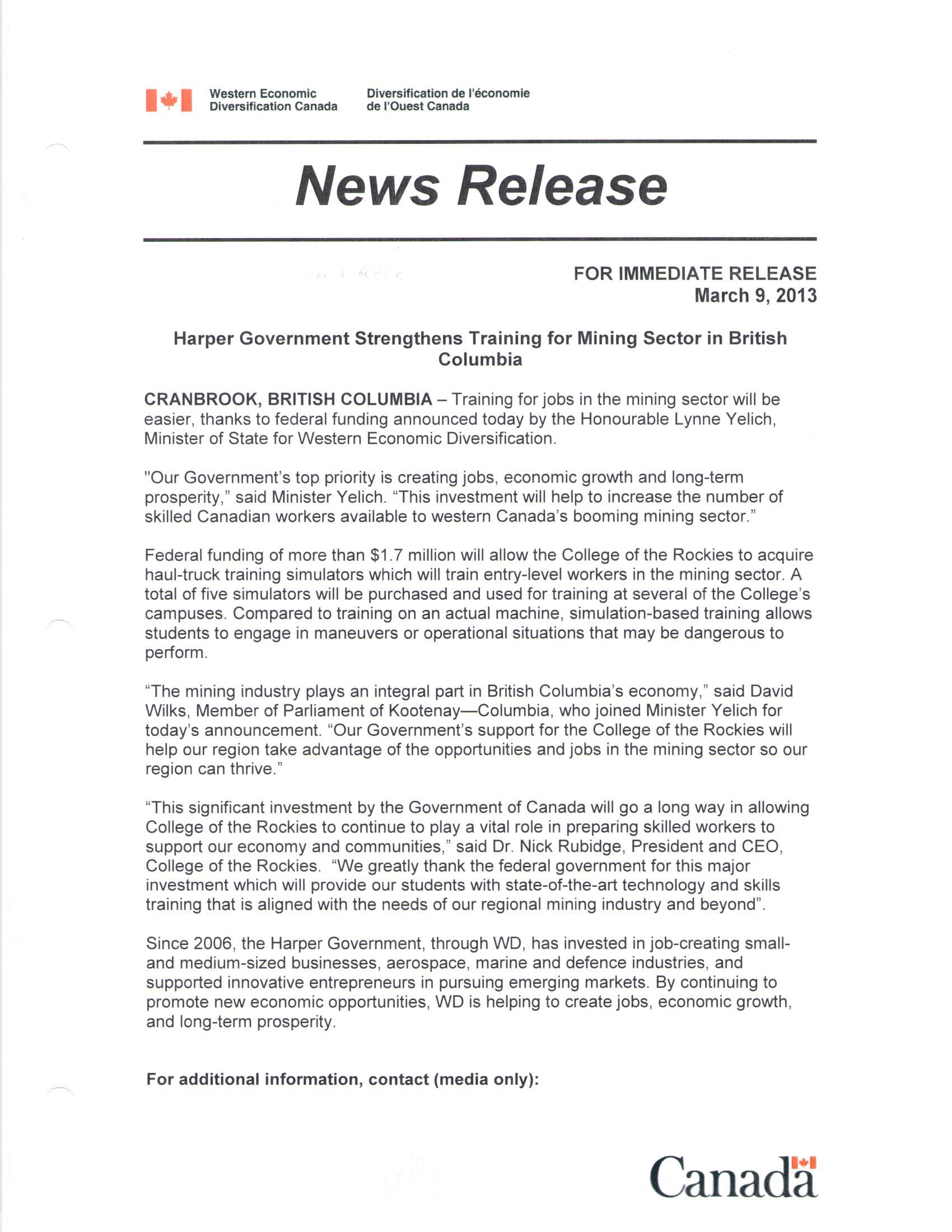 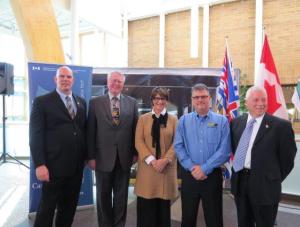 Immersive Technologies is the world's largest, proven and tested supplier of surface and underground Advanced Equipment Simulators to the global mining industry. The company has achieved this unique position by focusing on its mission to make every mining and earthmoving equipment operator in the world safer and their employer more profitable through its simulation technologies. Immersive Technologies' Advanced Equipment Simulators are helping hundreds of mining companies around the world to increase their equipment operators' safety and site profitability through effective simulation training.

Immersive Technologies provides its customers with the most effective Advanced Equipment Simulators available. This is made possible through the formal exclusive licensing and technical information alliances Immersive has established with the leading Original Equipment Manufacturers (OEM), including: Caterpillar, Hitachi, Komatsu and Liebherr. These unique alliances provide Immersive Technologies with exclusive access to the OEM's proprietary and confidential machine technical information that is required to correctly simulate the OEM's machines and is not available through other public or dealer channels.